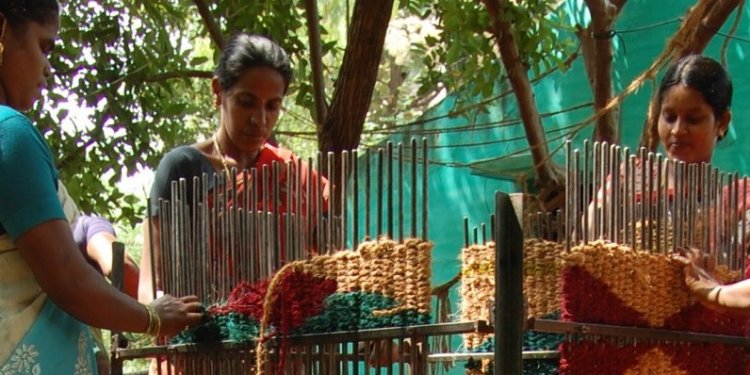 Can the multi-academy trust model (pad) be manufactured to get results for village schools? This is certainly an important question as you will find 4, 000 schools in England with under 150 students and 1, 400 with less than 75 pupils.

In some circles and among some academy teams there is certainly a presumption the pad model just isn't viable of these little schools. And, offered their business and operating design, it might without a doubt be tough for some of bigger well-versed MATs to take in and support schools with only 30 or 50 students each.

However, the pad design are applicable to our tiniest schools supplied certain conditions tend to be satisfied. In achieving that summary we need to draw on evidence of how federations in rural places have actually aided to shield the future of small schools that usually might not be viable – and appear at the experience of the outlying MATs which are currently installed and operating.

Very first – as well as perhaps obviously – little schools need to pool all of their back workplace, administrative and support functions so that they are run directly because of the MAT – and/or outsourced to some other organization to give you. Many MATs adopt these types of a method but generally just take a couple of years to completely incorporate these functions. Village MATs would need to bite the round and stay ready to start off with centralised business functions from day one.

2nd, the design will simply work if there are a number of village schools in the same locality that may be created into a group or groups. These groups then should be run as a virtual solitary college – as an example, revealing college leaders, topic frontrunners and special requirements co-ordination. An executive head would lead the cluster with a nominated teacher (or perhaps in a more substantial town college, ‘head of school’) designated because the accountable person on the site for day-to-day contact with moms and dads. This could enhance management and expertise but offer a more economical design for offering schooling.

Critics or sceptics of this approach, which can add parents and governors of village schools, would argue that they'd be losing control of ‘their’ school. That need not be the scenario. They could, like, retain a Local Governing Body. Each college also needs to be motivated and expected to keep unique sense of identity and wedding because of the district.

Third, the MAT would ideally add 1, 000 students or higher. This might be attained by, say, 15 schools operating through three clusters. A lot fewer schools/clusters could possibly be viable should they had been conceived as the outlying hub or hubs of a MAT that also operated a number of urban groups – this really is a model RSCs must be motivating.

4th, town schools may need to contribute a topslice that's somewhat higher than the typical (of four to five per cent) – however for many that would be no not the same as whatever they were having to pay for their neighborhood expert.

Fifth, the DfE, the Church of The united kingdomt nationwide community additionally the Catholic Church would have to revisit their National Memoranda of Understanding. Around a 3rd of major schools tend to be voluntary aided or managed and so they typically co-exist in close proximity to village schools. It's a good idea for faith-based and community college to be able to come together in MATs – while respecting and safeguarding their particular distinctive traditions. It’s crazy to force them to exert effort in split silos. The Church of England is thrilled to take community schools into diocesan and Anglican faith-based MATs, but both faith practices resist ‘their’ schools joining in a mixed MAT if they are not able to nominate the people and thus oversee the visit of Board trustees/directors. They have been concerned that any dilution of faith control would resulted in loss of ‘their’ schools into condition. The Memoranda of Understanding essentially acquiesce within issue.

You will find, but alternate models. For example, several dioceses have concurred, as an exemption, to a faith college becoming element of a non-faith light-emitting diode pad and for an addendum towards Funding Agreement used to safeguard the religious personality and governance of the college. That model should become even more common. It can enable practical geographic clusters to produce while safeguarding the legitimate problems regarding the chapel authorities. Dilemmas linked to land and possessions would must also be accommodated – but that can't be anymore complex to solve than PFI!

Governors and dioceses need to put away their particular vested interests and think about what is within the desires of this kids. Although a lot of town schools tend to be delivering a superior quality of knowledge the design is fragile – it only needs one instructor to go sick or perform defectively and for your head at hand inside their notice while the school can result in a vulnerable position. Recruiting heads of these schools is now more difficult and perhaps impossible. Additionally becoming element of a MAT would release teachers from many administrative burdens and give them usage of a much richer range of professional development. Pupils will have use of a richer arsenal of training and have now brand-new opportunities to work students various other schools.

The clinching argument is it. Unless some village schools are prepared to change they risk becoming closed. The economics of education funding across next several years can make it more difficult in order for them to survive. We should be supporting the retention of town schools – which can be main to your sense of identification and vitality in a residential district – by enabling all of them to adapt to a changing environment. The federal government should earmark a number of its capability and growth funding to guide the introduction of even more MATs focused on rural schools – learning from federations and those village-based MATs which can be already up and running.